But he already knows this!

Every dog trainer hears this.  The frustrated exclamation of a client whose dog isn’t doing as they are told.  About 95% of our clients assert a dog’s knowledge of a cue that he just won’t follow.  They can be both correct and incorrect.  The dog may not understand the cue.  Or the dog may have learned the cue but has at some point learned to ignore it.  Or, in some cases, the dog has a pretty good understanding of what you want, but the cue has been poisoned.

So, what’s going on when a dog doesn’t listen?

They don’t really understand what you want.

Sometimes the dog really hasn’t learned what you think he’s learned.  It’s possible that your dog’s success was just a matter of a few well-timed guesses (or accidents).  In our enthusiasm, we can believe that our dog has learned the cue when they really haven’t.  This is an easy one to fix if it’s just started.  Just take a step back, and practice the cue some more until the dog knows it.

Your dog may also not understand what a cue means if you change some variable.  He may have learned that when she makes the “sit” noise when I’m in the living room I am supposed to sit on this rug”.  We may have thought they understood that we wanted the bottom down on the floor regardless of where we were or who was around, but the dog has really only learned a behavior in a particular context.  The answer?  When you switch a variable, go back to the beginning as if the dog never learned the cue, and work up.  After working through a few variables your dog will start to realize that sit means sit no matter where he is.

Changing a variable can be as small as not holding your hand in the same way as you usually do.  If you make the same gesture with your hand every time you ask the dog to sit and one day begin leaving the gesture out, your training is very likely to fall apart.  Decide what your cue is going to be, decide what the result you are looking for is going to be, and stick with it.

They have decided that your cue is irrelevant.

If the result of a specific cue is not reliable your dog will learn to ignore it.  This is the “boy who cried wolf” problem.  Imagine a parent who has become accustomed to a child running around yelling “Mommy!  Mommy!  Mommy!” without actually needing the attention of his mother.  The mother is likely going to learn to tune the child out and go on about her day.  The cue becomes irrelevant.  During training, your dog is trying to figure out what parts of the noises you make are meaningful, and what parts are not meaningful.  Sometimes they make the wrong choice.  This happens a lot when we try to go too fast in training and the dog isn’t successful.  We repeat the cue over and over again while the dog fails to perform the behavior.  Eventually, the dog decides that the cue is not relevant and begins to ignore it.  This is different than deliberate defiance.  The dog just doesn’t understand what is expected of him.

The cue has been poisoned.

Sometimes a cue has been taught, but we have inadvertently created a situation where the dog does not enjoy performing the behavior because the cue has been associated with something the dog doesn’t like.  This often results from using mixed messages in training.  Sometimes we ask for something and the dog does it, and she gets a reward.  Yay!  Bingo!  Enough repetitions and we have got a solid behavior. But sometimes if the dog doesn’t perform quickly enough, or is not perfect in her response we react with frustration and even punishment.  The dog is asked to sit, and when it doesn’t happen instantly gets a leash jerk.  Enough repetitions of this and the cue is poisoned.  The dog has created a negative association with the cue and does not want to perform it.

In our next blog post, we’ll look at ways we can deal with the poisoned cue…

Cooperation Versus Coercion — Wilde About Dogs

I’d like you to imagine that you are a young, not-yet-verbal child who is entering a foster home. Naturally, you are a nervous about meeting your new foster parents, and wonder what life will be like. You don’t yet know what will be expected of you or how you will be treated. And since you’re […]

via Cooperation Versus Coercion — Wilde About Dogs

Enjoying a Relaxing Independence Day, or From the Dog’s Perspective: Surviving the Apocalypse

July 4th was always one of my favorite holidays growing up. Where we lived, it was legal to fire off fireworks, and my favorite were the Roman Candles. Independence Day always ended with the customary light show lasting late into the night. I do not remember ever thinking about the impact the holiday had on our Pekapoo. I don’t remember it being an issue, but looking back I suspect the issue was that we couldn’t see what our dog was going through.

I have now been training dogs for over a decade, and I am painfully aware of the effect fireworks have on man’s best friend. There is simply no way for a dog to understand what the sudden loud noises are, where they are coming from, and if it is safe to come out from under the couch.

There are a few things you can do to help your dog through this time.

I want to strongly urge you to plan to spend this holiday home with your pets. It’s the safest and least frightening thing for them. Break out the grill and have a day of it, but when the time comes for the fireworks to start go inside and create a safe space for your dog.

A Wolf at Your Door?

Photo by Pixabay on Pexels.com

There are a number of ideas about dogs that have originated in their genetic connection to wolves and our understanding of wolf packs.  Most of these ideas are wrong.

We’ve made great strides in the past two decades in our studies of our closest animal friends.  Only relatively recently has research been done exploring the way our dogs think.  The way we look at wolves has also evolved since some of these theories about dog behavior came about.  Science has shown us an entirely new understanding of dog behavior, yet society still operates under the myths that science has overcome.

the study of wolves has come a long way.  There was a time when, in order to look at a species, we took all our data from observing captive species in zoos and the like.  The creation of technologies such as wildlife cameras and GPS trackers have revolutionized our ability to study these creatures.  What we have found is that animals behave very differently when placed in captivity.  There are a few reasons for this:

Wolf packs are now known to be family groups that rarely have any sort of aggression between family members.  The “alpha” pair is the breeding pair, and the rest of the pack is almost always made up of their offspring.  So called submissive behaviors are performed to greet each other and show affiliation and are not about submission to any sort of social dominance.

How long young wolves stay with their parents varies depending on environmental factors.  Pack size is directly linked to what sort of food source is around.  The larger the prey animal the more wolves need to be involved in killing and eating the prey.  In this situation it is advantageous for offspring to stay on until they are mature enough to safely survive on their own, and sometimes even longer.  With smaller, less dangerous prey, the pack needs fewer wolves to be successful.  Offspring are more likely to venture out and find a mate and begin their own pack.

So what does this have to do with our four legged friends?  Not much.  The wolves we have long studied are the American timber wolves.  Dogs do not share DNA with these wolves, but rather share a common ancestor with European gray wolves.  In addition, dogs are separated from wolves by thousands of years of evolution.  There is no evidence that the common ancestor they share bears any resemblance to the modern day wolf.  According to renowned veterinary behaviorist Ian Dunbar, “Learning from wolves to interact with pet dogs makes about as much sense as, ‘I want to improve my parenting – let’s see how the chimps do it!'”

Still not a wolf…

Seriously.  Not a wolf.

Okay… that last one is a wolf.

Just a Spoonful of Cat Food

Some of you have met my little Killian in past blog entries or on his Facebook page. One thing I don’t talk a lot about with Killian is how incredibly difficult he can be to medicate.  Now, I am not new to medicating dogs. I have even been hired by clients to come over and give medication to difficult dogs.  But Killian is a master at avoiding his pills. 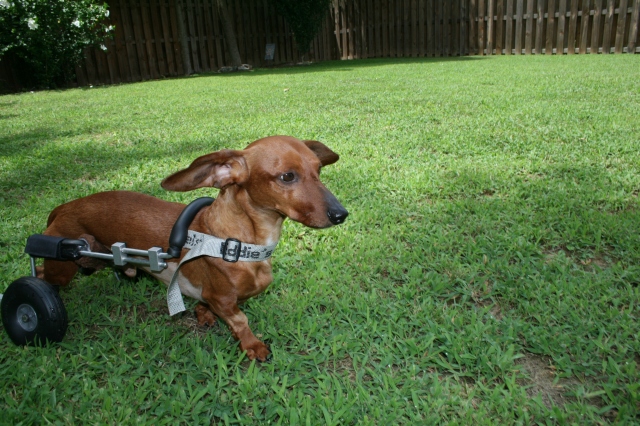 When I first got Killian I actually took him to the vet every day so they could give him his meds.  Killian is not just paraplegic. He also suffers from epilepsy and chronic hepatitis. He takes a lot of medication to keep him going.

Killian is a small dog, so one would expect that, at the very least, I could force the pills down him. And I have. But Killian has learned how to cheek them or keep them just in the top of his throat where I cannot see them.  As soon as I turn my back on him, ptooey! And he has some range – on occasion over six feet. The pill ends up across the room, and I am on my knees trying to locate it. Because not only are his pills varied for each condition, some of them are also extremely expensive.

So I feel your pain if you have a dog that is difficult to pill. Here are the options I have used over the years.  Not all work with all dogs, but I find that usually one of them does work.

Yeah, I know.  If you are reading this you have probably tried all of this.  I certainly tried and failed with all of these methods with Killian. A few tweaks can turn these failures into success. Here are the tweaks!

A great read about remote collars

Can You Reinforce a Dog’s Emotional State? 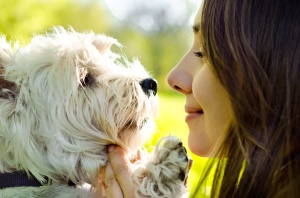 I recently received an email asking whether I had any books that addressed how to help a dog who was grieving. Since I don’t, I searched online to find an article that might be of help. What I found surprised me. Although there was solid advice, one of the recommendations in almost every article was to be careful so as not to inadvertently “reward the behavior” by giving the dog attention. Really? Hmm.Let’s see. As it happens, my best girlfriend’s mother just passed away. I will be spending the day with her today. I expect she will be sad, and that we will discuss things, and that I will comfort her, because that is what friends do. Now, of course dogs are not people and we can’t comfort them with words, but the emotions of loss and grief are the same, to whatever extent and however they are experienced by…